Going Through a Split? 5 Big Reasons You Need a Divorce Lawyer 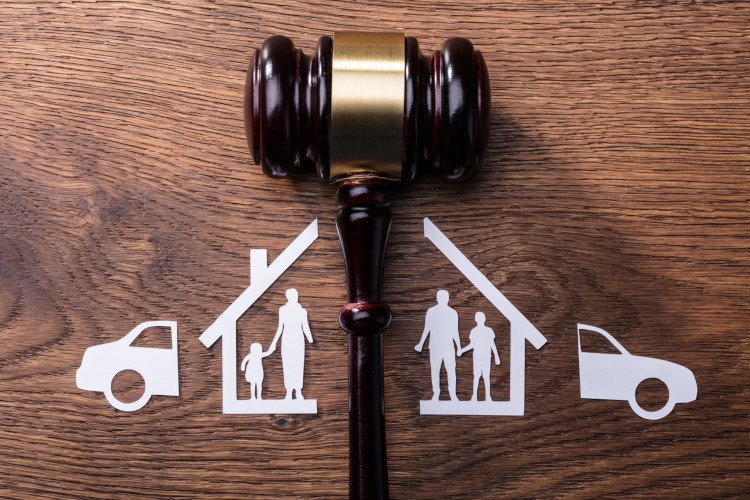 Sometimes life can throw. you a major curveball that you didn’t envision yourself going through in your life.

Several years ago you made a vow to marry your spouse. But things have become too complicated and it’s better for both of you to see through to divorce.

That will be one of the most stressful and confusing processes you’ll ever endure.

While the circumstances are a big reason for the divorce, that doesn’t make it any less emotional. Feelings will get hurt.

Maybe you’re wondering if it’s worth hiring a divorce lawyer. Simply put: it is.

Here are several valid reasons why you need a divorce lawyer to be with you to the end of the line.

1. Experience on Your Side

Even if this isn’t your first divorce, there are things about each divorce situation that are different. Different assets, different reasons for filing for one, etc.

As such, you’re not equipped with the necessary knowledge to gain everything that you deserve once the divorce is finalized.

Not hiring a lawyer can mean losing out on thousands of dollars in assets you could’ve otherwise had.

Not to mention, there are things you’re entitled to that probably never occurred to you. Things like receiving future retirement income and splitting up certain assets, for example.

There are several things in your individual divorce that you’ll need an experienced and trusted divorce lawyer to comb through.

Things such as child custody, income, debts you’ve consumed, inheritance, etc. all fall in this category, and need to be sorted. If you don’t have a lawyer on your side, those things won’t be split in your favour.

2. Decide What Needs to Be Split Up

Possibly the most difficult aspect of the entire divorce process (other than the actually thought of divorce) is finding where the line is drawn.

Where are you and your (soon to be former) spouse entitled to the assets you’ve accrued together?

It’s a highly emotional time and depending on how amicable (or not amicable) the divorce is, your spouse may try to get you back where it hurts.

Dual representation ( both parties using the same divorce lawyer) is highly unlikely these days. That means your spouse will lawyer up and defend their assets to the best of their abilities.

Their lawyer will have worked through everything you two have accrued and given them a thorough understanding of what they deserve.

If you don’t have a divorce lawyer on your side, you’re already at a significant disadvantage.

3. Rid Yourself of Some of the Stress

Going through the legal battle of divorce is already guaranteed to be one of the most stressful situations you’ll ever experience.

If you don’t have a divorce lawyer with know-how on your side during that time… it will be all the worse.

While you’ll still have to be involved, even with a lawyer, they’ll do all the dirty work such as gathering information and coming up with a plan. Meaning you don’t have to undergo that side of the case at all.

They’ll also advise you every step of the way, so you won’t have to do thorough research on every phase of the process.

Not to mention, going through a divorce may leave you feeling alone as you transition through this new normal. Having someone by your side will give you the comfort you need.

This divorce has left you with sleepless nights as is. Don’t let the legal side of things put any more stress you than it already has.

As previously mentioned, divorce is one of the most highly emotional situations that people go through.

No matter how friendly and amicable the divorce is, feelings are going to get hurt in this battle. Both yours and your spouses.

When the emotion factor comes into play, it can lead people to make bad decisions they wouldn’t have made with a clear conscience. That’s why it’s important to have a divorce lawyer to be your voice of reason. They’ll keep you on-task.

You’re only human, you’ll lose sight of the big picture more than once during this process. The divorce will remind you of the main goal and help you take the proper steps towards it.

Last, but certainly not least, having an experienced divorce lawyer will help you avoid several critical mistakes during the case.

That loss could’ve been prevented with the right approach and placing years of legal study (which only a lawyer will have) on your side.

Hiring a divorce lawyer puts you in the best position to receive the return that you deserve. Why leave that part of your well-being up to chance?

Now that you’ve seen all the different benefits to hiring a divorce lawyer, it’s time to get yourself set up with one.

Do your due diligence to look at several different options and choose the lawyer that you feel will do the best in representing your case in court.

Be sure to read this page for an in-depth description of the division of property aspect to your divorce. It’s always beneficial to familiarize yourself with different phases of the process.

For more inquiries, please reach out via our contact us page and we’ll be happy to assist you further!